The Case of JonBenét Ramsey. A CBS Docuseries. 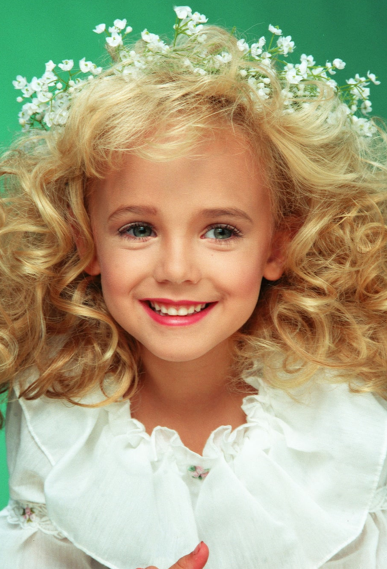 The question this month’s CBS Docuseries, The Case of JonBenét Ramsey attempts to tackle is who was responsible for this tragedy.

The Docuseries suggested that Burke had a temper, was perhaps jealous of his sister and had even previously struck JonBenét with a golf club, however accidentally.

The Docuseries suggested that Burke’s interviews with the investigators and psychologist’s raised a number of red flags.

You can read about it here and here and formulate your own opinion.

Yet what I truly wish to look at is the affect this tragedy had on Patsy Ramsey (JonBenét’s mom) a decade later.

I once again wish to be clear. I was not privy to Patsy Ramsey’s medical history, with the exception of her diagnosis – this is simply my stream-of-consciousness impression.

Mind you, this is conjecture. This is my opinion. Nothing in this blog should be interpreted as factual statements that serve as definitive conclusions.

To determine the true biological conflicts would be impossible from the outside looking in.

Yet it’s the process of observing life’s events and conflicts that I wish to bring to greater awareness. I wish for all of us to start to become mindful of what preceded an illness. Look for the correlations, the clues, the obvious.

In an earlier German New Medicine blog I discussed the concept of taking the five biological laws out for a ‘spin.’ I hope with this blog and future ones, to give you an opportunity to come along for the ride.

After you’ve read the above article(s), let’s come back and take a look at these events from the perspective of German New Medicine.

The most common biological conflict associated with ovarian cancer is a ‘profound loss’ – often the unanticipated loss of someone very close. An unexpected death, a miscarriage, an abortion. 95% of the time this is the event that triggers the biological program to initiate in the ovaries. This would make perfect sense in Patsy’s case.

A secondary, albeit much less common conflict theme is also possible. Dr. Hamer describes it as an ugly, semi-genital conflict. Huh? I know. In lay terms it is one that involves an ugly or disturbing scenario with a male persona that has implied sexual overtones.

The irreparable damage to the relationship by any of these scenarios result in the perceived “loss” of that very relationship.

For example, a woman’s best friend sleeps with her husband, behind her back. A woman’s nephew has an inappropriate relationship with her daughter. A woman’s son accidentally kills her daughter (the docuseries conclusion.) If, and that’s a big if, a component of sexual abuse did come into play (the suggestion of which is opinion only, not fact) then a new light of possibility would be shed.

So one of these two scenarios may have ultimately took Patsy’s life. If it was the second, and taking into account the most recent opinions of the CBS Docuseries and adding the possible second component – that would, from a German New Medicine perspective provide an interesting new hypothetical.

This blog is an educational only blog intended as entertainment and fiction. Nothing in this fictional piece should be interpreted as factual statements that serve as definitive conclusions about The Ramsey’s. The information and services contained herein should not be construed as a diagnosis, treatment, prescription or cure for disease.Those seeking treatment for a specific disease should consult with their physician in order to determine the proper, correct and accepted treatment protocol before using anything that is disclosed on this page. Please visit our Legal page for more information.

The Case of JonBenét Ramsey. A CBS Docuseries.