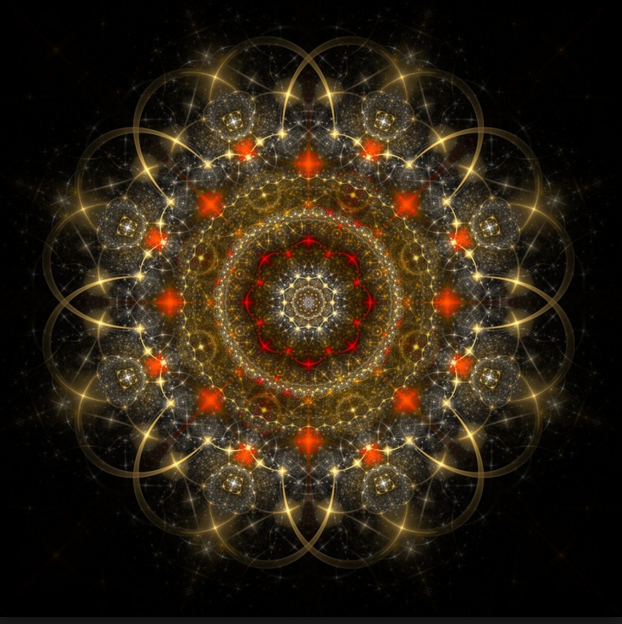 Rupert Sheldrake, one of the world’s most innovative biologists and writers, is best known for his theory of Morphic Fields, which leads to a vision of a developing universe with its own inherent memory. Rupert Sheldrake coined the phrase “Morphic Resonance Field” to represent the invisible energy patterns shaping and influencing all matter from atoms to humans. He discusses how the ‘presence of the past’ influences cycles in nature and in humans.

The medical paradigm or medical morphic resonance field is one of the most inveterate our society holds. If you’ve ever walked into a major hospital – it’s palpable. It is this field of subconscious influence that makes surviving an illness so challenging.

Successful navigation, especially in life-threatening situations often comes down to the dismantling of this medical morphic field.

In other words, waking up from our trance-like slumber.

Powerful commercial interests are in place to perpetuate the present medical and pharmaceutical paradigm. They have made great progress over the last one hundred years toward this end by employing the pharmaceutical industry, medical schools, hospitals, research institutions and the establishment media.

Can you see the resistance in place? There’s much at stake.

The grip this has on the “still sleeping” is unbeknownst. One cannot break free from their shackles when the shackles are unfamiliar. It’s the old adage, “a fish doesn’t know he’s wet.”

From Carl Jung to Rupert Sheldrake and Bruce Lipton – the phenomenon has been articulated in so many fashions that we won’t retread them all here.

In the movie Moonstruck (1987), there is a classic exchange between Ronny (Nicolas Cage) and Loretta (Cher). Ronny tells Loretta that he is in love with her after waking up next to each other in bed. Loretta responds with a double and quite invigorating slap to Ronny’s cheek and quickly tells him to ‘snap out of it’.

Thus is the revelatory nature of learning German New Medicine. Like a welcome epiphany, Dr. Hamer’s discovery is eye-opening, a hiccup to this morphic grip and as such, grabs and shakes the subconscious – triggering a much needed ‘snap out of it’.

Call it a field, a trance, a grip, an altered state, a brainwash, a hypnosis, subconscious, numbed-down, somnolence or spell bound. It’s what Dr. Hamer referred to as the “hypnosis of the diagnosis.” For as long as we remain spell bound, the prospect of recovery is hindered.

There have been times, in session, where I simply wanted to reach through the phone and like the Hawaiian Kahuna’s shake the person on the other end in hopes of waking the lower self (subconscious.)

It is most often with a serious diagnosis that we unwittingly slip into this medical morphogenic resonance field.

One needs to be willing to embrace something new and authentic – to be willing to witness from a distinct perspective. All that is needed to perceive things differently is the subtle movement of the proverbial kaleidoscope that comes with knowledge, with understanding, with awareness, with mindfulness, with ownership.

It is vital to understand the role that alarm plays in biological programs such as these. When our existence is threatened by a diagnosis one will all too frequently go down a slippery slope of absolute terror – the Kidney Collecting Tubules may initiate and compromise the outcome.

Clients will frequently hear me harp on the Kidney Collecting Tubules – as they play such an important role in navigating through any given healing phase. This is so important it is often the focus of our very first conversation.

When we are in a healing phase (parasympathetic) of one biological conflict and have a secondary active conflict (sympathetic) of the kidney collecting tubules – we will experience what Dr. Hamer refers to as the Kidney Collecting Tubule Syndrome (KCTS.) This is also known as a water retention conflict, where the kidney collecting tubules ‘tighten up’ and where there is minimum fluid (urine) excretion and maximum fluid retention along with elevated kidney enzymes when in deep conflict.

The organism is functioning in both the parasympathetic and sympathetic nervous system – this can be very depleting for the individual.

This syndrome amplifies all healing phase symptoms – but it is due to conflict activity in the kidney collecting tubules, not a organ healing phase!

Complications abound when the Kidney Collecting Tubules Syndrome is present on both the organ and most seriously on the cerebral level.

With a true understanding of this Syndrome the majority of special biological programs need not reach the extremes we observe under a traditional watch. In that standard, panic and alarm inherent within the paradigm set into motion additional complications that critically muddle the outcome, crippling the prospect of recovery. The gravity of the diagnosis along with the treatment protocol reflect in those statistical extremes.

The best way, really the only way to accomplish this is by understanding the nature and biological purpose of these very programs. By having an understanding as to what one can expect as the program unfolds is so important to ‘keep our cool.’

Dr. Hamer has given us the research so we can reframe our thinking to see disease for what it is – an essential biological special program, an emergency cellular adaptation response – not to be dreaded but rather, understood and navigated in a new light. Each and every disease holds a purposeful biological meaning.

This is revelatory. Once we grasp this – the mystery, enigma and darkness softens.

German New Medicine was the first paradigm that expressed the impeccability of our being. No flaws. No breakdowns. No mis-communications. Simply perfection. This is Dr. Hamer’s Fifth Biological Law.

It’s a complex topic yet one that needs to be understood. Sadly, most of the perceptions around disease are inaccurate.

German New Medicine for most is natural and intuitive. It just makes sense. Most resonate with these natural truths yet it takes time for the conditioned educated mind to embrace them.

For me, the widespread belief that Mother Nature could be so flawed that she was continually breaking down and making mistakes just never felt right to me. It felt unsound on so many levels – intellectually, emotionally and spiritually.

There is a boundless, creative intelligence within all of us. This infinite intelligence can be found in full expression in The Five Biological Laws which make sense of illness, perhaps for the very first time and authenticates that disease is not a mistake of nature, but rather an intrinsic part thereof. It affirms something deep within us, that we’ve always known. Namely, this inborn wisdom is not fallible as previously thought. Rather, it is our interpretation that is flawed.

With a new found liberation that can only come from an understanding of the biological purpose of disease, can we dismantle the subconscious grip.

What is needed is a paradigm shift, a morphic cleansing … a miracle.

Esther Hicks (Abraham) defines a miracle as a misunderstanding of natural well-being, of natural law. A Course in Miracles defines the same as a shift in perception.

When my mother was diagnosed in 2009 with stage 3-b metastatic adenocarcinoma, a different perception of what was, wasn’t plausible. Facts were facts. It was, what is was. There was little hope.

Then something I thought impossible, happened. I was provided another explanation that was to forever change my perspective. An explanation that would shift my perception of what was. It was almost as if a parallel reality opened up. That to me, was a miracle. That for me, dismantled the subconscious grip.

To allow man’s finite educated mind to think his or her knowledge of cancer, of illness – is in anything but it’s infancy would be arrogant, yet nature expresses an inexhaustible biologically based intelligence.

What I have observed as necessary for a successful outcome is four-fold.

It is but through a deeper appreciation (learn and study) of German New Medicine, while observing it in action in your life and that of your loved ones (it is only in the application that our firsthand experience gives us our true footing) along with an awareness that Nature’s inexhaustible resource is never flawed – can we recover. This may also involve holding steadfast to your new found footing in the face of other influences.

This doesn’t translate to living in a void of nonchalance, our head firmly implanted in the sand, rather it means doing the four-fold work while allowing the biological program to unfold, without the morphic grip of the KCTS (alarm, fear, terror) compromise.

As we release this mindset of resistance, we arrive at the conclusion that there is nothing to fight, nothing to battle, nothing to war against – relaxed in the knowledge that this boundless, creative intelligence is at the helm.

The connections between our unique DHS (biological conflict) patterns and health history will you see as so clear and beyond coincidental – as our individual truth is not conceptual but rather experiential.

As the morphic resonance wave collapses onto itself, as the grip releases – ‘clear seeing’ emerges. In ‘clear seeing’ the possibility to cultivate an objective outlook on life is greatly enhanced, and instead of just making the nightmare of struggle a little nicer, we can begin to wake up from it and release into the freedom that is inherently ours. It is only through the identification of these perceptual distortions and inversions are we allowed the luxury of a fresh perspective.