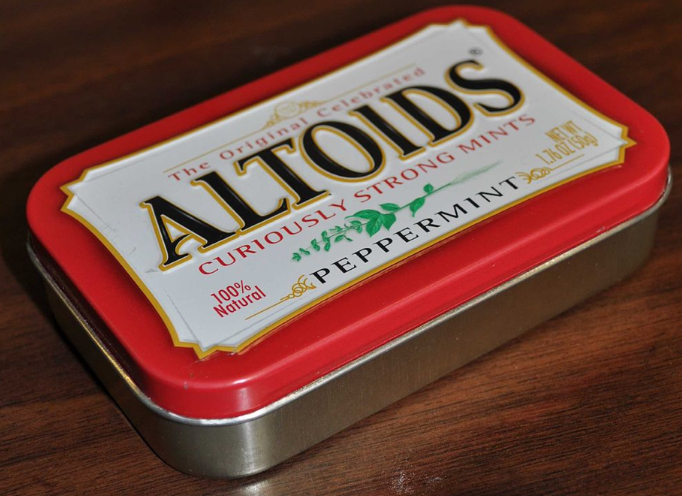 Last winter one of my member’s six year son and nine year old daughter arrived at the office by themselves. There was a snow storm a couple of days prior, the driveway was still icy and slick so I assumed their mom was just taking things slow. When I inquired where she was, the youngest so replied – “she can’t walk cause of the Altoid in her bum.”

Oh my, I thought – not going there.

How does a right handed woman end up with Altoids, uhh, err… hemorrhoids.

In German New Medicine, hemorrhoids are primarily about identity, but can also reflect an anger conflict depending upon ones laterality (see below.) This Biological Program involves ulceration of the squamous epithelium of the rectum lining during the conflict active phase and tissue refilling and restoration during the healing phase.

There will be no symptoms (bleeding) during conflict activity.

Once they come to terms with the identity conflict, the ulcerations heal. These healing rectal ulcers can be quite painful. Swelling, spasms (when striated musculature is involved) and bleeding may be experienced along with pruritis (itching.) These healing symptoms are what the standard medicine calls hemorrhoids.

The biological meaning is clear – the ulcerative widening of the rectum allows more defecation to determine or mark ones position or identity.

When we are in a healing phase of one biological conflict, in this case the rectum and have a secondary active kidney collecting tubule conflict – we will experience what Dr. Hamer refers to as The Syndrome, KCTS.

There are multiple facets to a kidney collecting tubule conflict (KCT) such as biological conflicts experienced around abandonment, isolation, refugee, existence, finances, water. This is from where the extreme swelling of the rectal tissue, often 2-3 times in size, arises – but it is mostly due to the conflict activity of the KCT and less from the healing phase of the rectal tissue!

This conflict amplifies all healing phase symptoms. Increased fluid retention, swelling and inflammation. If the swelling in the healing rectal ulcers is dramatic and complications with bathroom habits occur – the swollen and healing (cell mitosis, cell division) rectal ulcers can be misinterpreted as a rectal carcinoma.

The mom in this blog had unexpectedly lost her Human Resource (HR) job of three decades, could not find a similar position anywhere for over a year and was now feeling like she may have to do something entirely different. Her identity as a HR “person” for thirty years was being challenged (her conflict shock.)

She had come to terms with all this as was evident by her healing phase symptoms.

The original conflict along with all tracks must be brought to conscious awareness in order for the special biological rectal program to be completed. 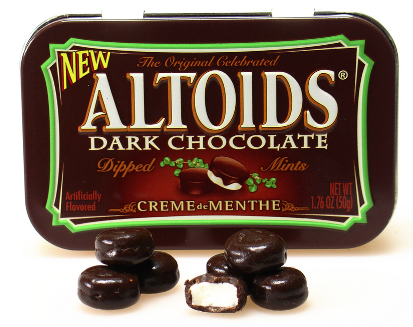 Dark Chocolate Altoids were introduced in 2007  ;’)

A left handed post menopausal female, as well as one in constellation (see below) of an anger conflict may experience hemorrhoids.

A left handed man with a territorial anger conflict may experience hemorrhoids, as well as a right handed male in constellation.

**Who am I? Where do I fit in? Where do I belong? Where do I go? What is my role? Not knowing what decision to make? Also, a territorial marking conflict.

In German New Medicine, constellations involve multiple biological conflict-shocks in opposing halves of the brain, referred to as a constellation. In other words, one active conflict on each hemisphere in direct opposition. Think of a constellation of stars in the night sky.