Cold Sores and herpes, and hpv, oh my. 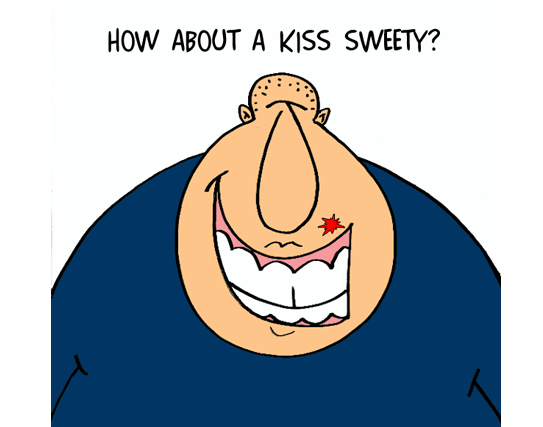 I was recently in session with a client that wished to understand more about her recurrent cold sores and herpes blisters. This young lady was dealing with both HSV I or oral herpes as well as HSV II or genital herpes.

The accepted consensus is that both varieties are due to infection with the herpes virus. The irony is this young lady tested negative (four times) for any herpes related virus.

How can she then present with what two dermatologists and one ob-gyn agree is a classic case of herpes?

A separation touch conflict is about wanting to or not wanting to separate (i.e. come closer) from someone or something.

The separation occurs most often on the mouth, lips or genitals has a high probability of being related to a sexual, romantic or loving touch from another, but can also be initiated by things that we don’t want touching us, like a dirty straw, an undesired shared utensil or glass, a dog licking our mouth, an unwelcome kiss, an unclean adult toy, a forced sexual advance (molestation, rape, e.g.)

A grandparents lost kiss or missing caress after they’ve passed on, can qualify.

One client’s son developed a cold sore on the exact spot where the family Bernese Mountain dog used to lick the child on the face. The separation conflict occurred only after the dog was found another home and the little boy missed the dog’s affectionate kisses.

In the conflict-active phase, there are no herpes symptoms. In fact, the area where the herpes sores will later appear in the healing phase is undergoing a process of hypoaesthesia or numbing.

The biological purpose of the hypoaesthesia is to protect you from feeling the separation by numbing the affected area.

When the conflict is resolved, that’s when, for some, the tingling or prickling sensation arrives and you know the blisters are not too far behind.

The biological meaning of the blisters and pain is nature’s way of counterbalancing the hypoaesthesia (decreased sensation) that occurred during conflict activity and return it to normal.

Tracks play a huge role in the chronicity and recurrence rate. There’s even a chance your symptoms reoccur because you are afraid to touch others and “spread the virus” (wanting to separate.)

Getting back to this young lady. The biological conflict- shock for her occurred during a night of libation (HSV I) and a later amorous dalliance (HSV II.)

The night began with some 420 friendly partying involving over a dozen friends and strangers passing a joint around. She knew only three of the other people. Now, bear with me as I know what you’re thinking – she must have caught the herpes virus through someone’s saliva. During the passing of the joint, watching others drool, cough and spit – she was actually thinking…”god only knows what I’ll catch.” But peer pressure and the moment got the better of her so she joined in, each time the joint came around she remembers trying to inhale (putting Bill Clinton to shame) without actually touching her lips to the joint – her separation conflict for the mouth. It was a certain feeling.

That conflict went into resolution and healing phase the very next time she smoked. This time it was just with her best friend, who she knew was “clean” and she felt it was “safe” to share a joint with. It was a certain feeling once again. The characteristic herpes blisters forming within days of conflict resolution.

Her dhs or biological conflict for the genital herpes occurred a few months later when her boyfriend was performing oral sex on her, he admitted to her that he was a bit apprehensive as she had just concluded her menses. Being the trooper he was, he gave it the ‘ol college try only to realize he was not that adventurous. Just as she was about to climax he pulled away. Are you kidding me she thought? She was shocked, stunned, perplexed, confused by the moment as she soooooo despeartely wanted him to finish (separation conflict for the genitals, i.e. not wanting to separate, come hither) but, alas it was not going to happen. She remembered stewing about it the rest of the evening – livid, frustrated and disappointed. It was a certain feeling.

That conflict went into resolution and healing phase with her eventual husband, that, how shall I say was a bit more adventurous when it came to these intimate endeavors. It was a certain feeling, once again. The characteristic herpes blisters once again forming within days of conflict resolution – this time on her genitals.

A rather crass but comically insightful look at herpes may be found at .52 sec. – 1:40 sec. from the 2008 film, Pineapple Express.

In German New Medicine, the Human Papilloma Virus or HPV is very similar to herpes in terms of the nature of the conflict, as it involves a separation.

HPV is considered to be another “virus” that can be sexually transmitted. As such, it has it’s own vaccine called Gardasil.

The medical establishment’s recommendations urge parents to vaccinate their children. We have been told that HPV takes a decade or more to develop into a cervical dysplasia Here’s the twist, the human papilloma virus is rarely detected with cervical dysplasia.

Here are a plethora of resources for you to come to your own conclusions.