Clients will frequently hear me harp on the kidney collecting tubules as they play such an important role in navigating through any given healing phase. This is so important it is often the focus of our very first conversation.

The organism is functioning in both the parasympathetic and sympathetic nervous system – this can be very depleting for the individual.

The collecting duct system of the kidney consists of a series of tubules and ducts that connect the nephrons to the ureter. It participates in electrolyte and fluid balance through reabsorption and excretion. (Wikipedia.) The kidney collecting tubules have both resorptive and excretory qualities.

In other words, to absorb and expel the water morsel.

This syndrome amplifies all healing phase symptoms – but it is due to conflict activity in the kidney collecting tubules, not a organ healing phase!

With a true understanding of the syndrome the majority of special biological programs (diseases) need not reach the extremes we observe under a traditional watch. In that standard, panic and fear inherent within the paradigm set into motion additional complications that critically muddle the outcome, crippling the prospect of recovery.

Biological programs in a resolution phase can enlarge disproportionately to the actual healing phase. Complications abound when the Syndrome is present on both the organ and most seriously on the cerebral level.

With a kidney collecting tubule program – the biological meaning is understood within the context of evolution. When a fish is washed ashore, it is immediately tossed into a life threatening predicament (water deprivation) where its very existence is threatened as it is out of it’s element and elements. In order to prevent the organism from drying out, the cells of the kidney tubules quickly proliferate with the biological purpose of closing the excretion filter so that water can be withheld to give the organism a chance to survive. The instant activation of this water retention program is vital, because without water all metabolic processes stop functioning.*

The organism will retain water so it does not perish – an age old survival mechanism. The intelligent purpose of the tubule program is to assist the organism during the distress until the next wave brings the fish back into its familiar environment. As humans we can experience that feeling of being a fish out of water or being separated from our group.

There are multiple possibilities associated with the kidney collecting tubules – the biological conflict experienced as abandonment, isolation, refugee and existence. 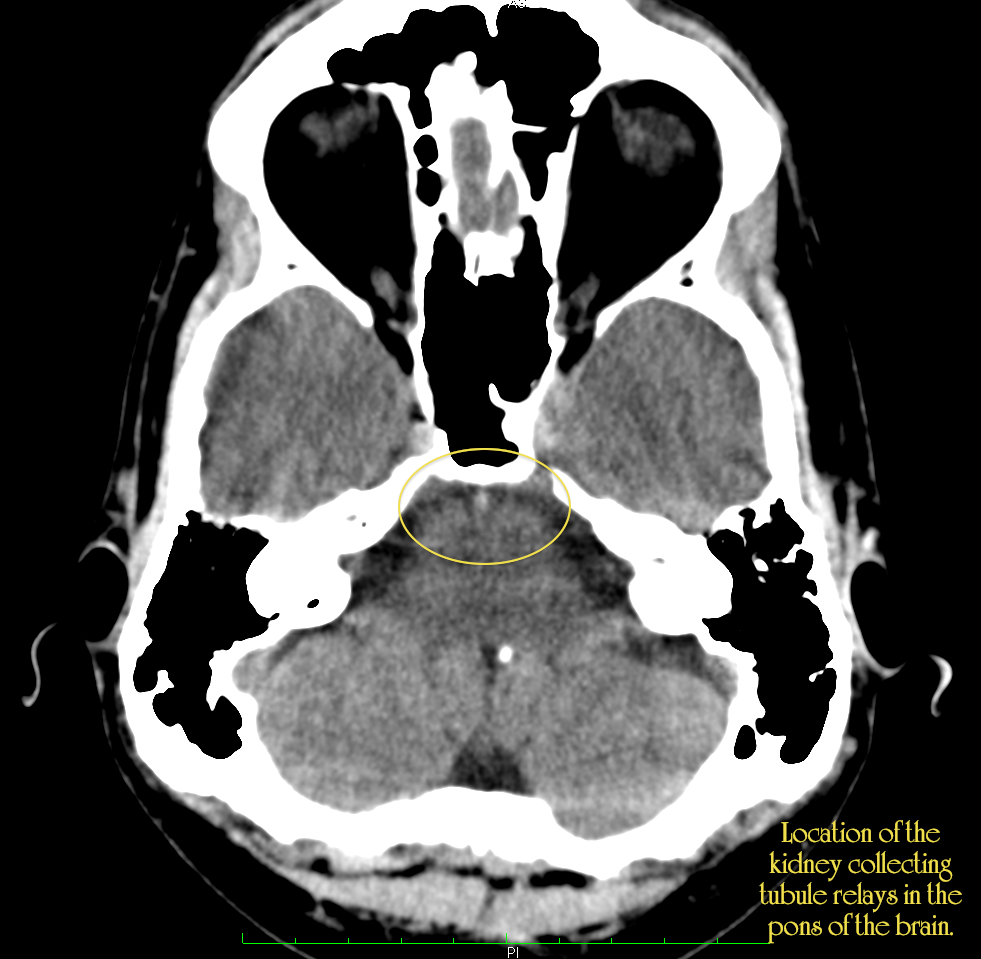 ABANDONMENT conflicts are all about being left behind, deserted, discarded, banished, undesired and even ostracized. We may be separated, neglected, passed over and of course, abandoned.

Those experiencing abandonment may feel cut off from a source of emotional or other sustenance that has been withdrawn. (Wikipedia.)

Abandonment need not be physical – we all know a parent or individual who has emotionally withdrawn their love.

A classic example is the newborn being shuttled away from mom within seconds of life so the doctors and workers can perform the requisite measurements and evaluations. Seriously?

Another example would be the child coming home from school only to find out that one parent has left the nest due to a divorce.

Abandonment conflicts have been on the rise since the early 1970’s with the increased popularity of baby sitters and daycare as both parents venture out into the workforce.

As the nuclear family has morphed over the years more and more seniors are shuttled off to senior living, assisted living and nursing facilities – all increasing the incidence that the abandonment aspect of kidney collecting tubules will be activated.

ISOLATION conflicts are quite similar to abandonment and are all about feeling alone and emotionally unsupported. You’re on your own, no one to lean on, no one to hold you up, no support, seclusion.

As we get older and our parents pass away, kids move away and friends come and go – we tend to feel isolated more than at any time in our lives.

The mobile society of the twenty-first century where we no longer establish roots and strong ties. The extended family is so often a thing of the past.

Hospitalization can also isolate us.

Simply having our own approach as to how we choose to address our health issues can be isolating. At times we can feel like the black sheep.

With the increased incidence of schoolyard bullying, cyber-bullying and social isolation children are often left to deal with these difficult social dynamics alone.

Technologically, we are more connected than at any previous time in our history, yet so very alone. A friend of mine has over 900 Facebook friends – yet no true support.

A REFUGEE conflict is all about feeling like we are without roots, without a home, without a nest, out of place, out of familiar surroundings, our element.

Dr. Hamer having to live in exile (‘exiled in the desert’) for refusing to renounce his research findings is a classic example. Anytime we are thrown out of the familiar surroundings of home, work, or family – moving, relocation, travel.

Before I learned the GNM I would notice that when I traveled I would always wake up with puffiness under my eyes. I had always attributed this to the poor eating choices (salty foods) associated with traveling. I came to understand that traveling for me was a track that reopened a refugee or water retention conflict. As soon as I arrived home the puffiness would recede.

I was working with a woman months back that swore up and down she had no refugee conflict until we discovered that her family had moved forty six times in her fifty four years! This poor woman was a gypsy without a home.

Another man I was speaking with that had come to me for help with his gout also insisted that no refugee conflict was in play. It’s amazing how close we are to ourselves at times that we cannot see the obvious. As I explained the nature of the conflict, he turned to me in his heavy Scottish brogue stating that how much he missed his homeland and never fit in here in the States.

An EXISTENCE conflict is nearly always seen with a cancer diagnosis. In other words, the shock, the fear, the prognosis, the unknowns. The medical model and the cancer morphic field is so powerful that just the mention of the “C” word is enough to trigger fear and panic. When our existence is threatened by a cancer diagnosis one will all too frequently go down a slippery slope of absolute terror – the kidney collecting tubules may initiate and compromise the outcome.

An existence conflict arises when we feel our very life, even our livelihood is threatened – by a diagnosis, a near miss relative to an accident, a loss of job or career, loss of home to foreclosure (refugee as well.)

Our existence can also be threatened by fluid (water) and or money. Through a near drowning, a boating mishap – especially if one’s livelihood is made on the water, a tsunami. The Boston great molasses flood of 1919 is an example of our collective existence being threatened by fluid.

It can also be threatened, especially as tracks, by a bankruptcy, near bankruptcy, enormous credit card debt and or failing economic support (money is liquidity.) Think about it … drowning in debt, staying above water, liquidating one’s savings bonds.

It’s about losing everything – our existence, our livelihood is at stake. Our existence can also be threatened by alcoholism. This falls under our safety being threatened by water, fluid. We may also feel abandoned and isolated by the alcoholic family upbringing.

It is for this reason that Vit. C infusions are contraindicated when we are dealing with an active abandonment, isolation, refugee or existence conflict. The conflict activity is the active sympathetic nervous system. Vit. C as well as any medication or supplement that is sympathicotonic (chemotherapy and steroids, e.g.) stimulates the sympathetic nervous system, stimulates the conflict active phase, actually deepens it. The Vit. C would therefore amplify the fluid retention, swelling, effusion, obstruction, occlusion, inflammation, pain and complications! complications! complications!

We need to look at the simplest, most practical solution to put these conflicts to bed and tuck them in tight. It is vital that the client feel safe, secure and supported – at home in comfortable, familiar surroundings whenever possible. In their element. In complete charge of their health in a state free from fear. These are the antidotes to AIRE. The involvement of family, friends, neighbors and love ones to support the client is so important. It truly takes a village.

The best way, really the only way to accomplish this is by understanding the biological purpose or meaning of these very programs. By having an understanding as to what one can expect as the program unfolds is so important to ‘keep our cool.’ Dr. Hamer has given us the research so we can reframe our thinking to see disease for what it is – an essential biological special program, an emergency cellular adaptation response, not to be dreaded but rather, understood and navigated in a new light. It is huge to understand this. Once we do, our existence will be reclaimed as our fear and panic recede.

In GNM we talk about “releasing the conflict” – for my Scottish friend above that occurred when he was able to identify the moment in time the biological conflict hit. He was able to identify that moment when he got off the plane in Boston, Massachusetts – was waiting for a taxi and realized he was “lost in the desert”, “a fish out of water”, “a man without a home”, “a refugee.” Once he understood this consciously, he was able to take practical steps to resolve it. He bought a home here in order to establish roots. In other words, his psyche released it. 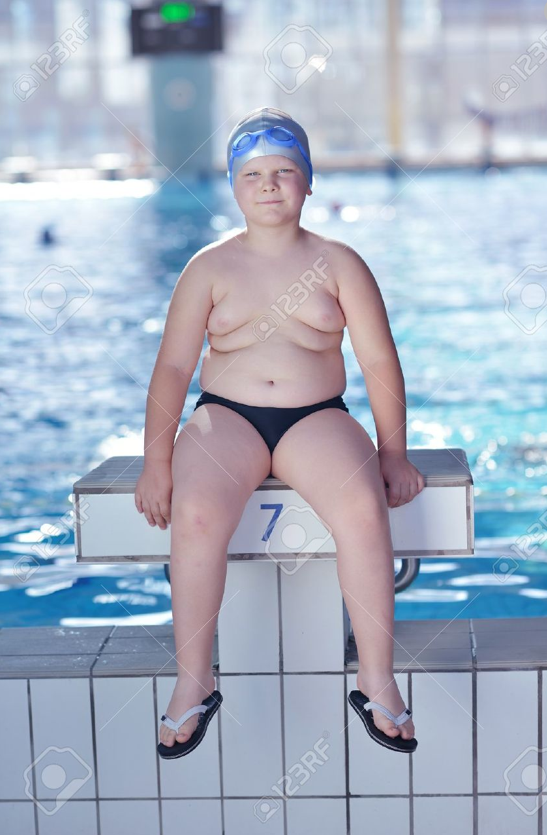 The obesity epidemic is due, in part, to the chronicity of this AIRE program. Two liters of water in our tissue weighs four and one half pounds. We can retain upwards of ten times that when both kidneys are active with conflict. Of course we need to account for other possibilities such as diet, exercise and of course additional biological conflicts such as the thyroid. This is weight that will not come off through proper diet, exercise or supplementation. It is an evolutionary survival program expressing itself. It will not change until the psyche is able to release the conflict and all tracks. Upon release, the kidney collecting tubules will “loosen” and the water will be pressed out from the body level as well as from the cerebral level as the urinary or pee-pee phase begins.

This blog is an educational only blog. The information and services contained herein should not be construed as a diagnosis, treatment, prescription or cure for disease. Those seeking treatment for a specific disease should consult with their physician in order to determine the proper, correct and accepted treatment protocol before using anything that is disclosed on this page. Please visit our Legal page for more information.

5 thoughts on “The Kidney Collecting Tubules”