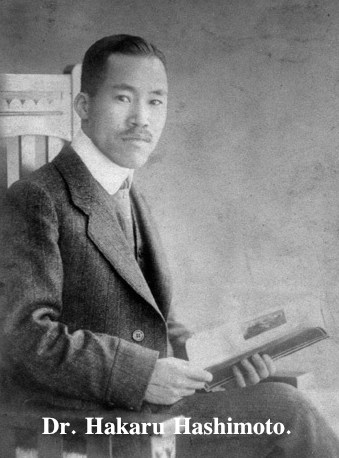 The standard take … Hashimoto‘s thyroiditis or chronic lymphocytic thyroiditis is an autoimmune disease in which the thyroid gland is attacked by a variety of cell- and antibody-mediated immune processes, causing primary hypothyroidism. It was the first disease to be recognized as an autoimmune disease. It was first described by the Japanese specialist Hakaru Hashimoto in a paper published in Germany in 1912. (Wikipedia)

Dr. Hamer’s explanation of an underactive (hypo) thyroid is not autoimmune related! In fact, it is not related to the thyroid gland at all, but rather to the thyroid ducts.

By the time Hashimoto’s Disease has been diagnosed the conflict has relapsed many times over. Hashimoto’s is an inflammation of the thyroid ducts. In essence a ‘hanging healing’ (PCL-A) where the healing phase has got ‘hung up’ due to ongoing conflict relapse.

The hypothyroidism occurs when the efferent or outgoing thyroid ducts (“the base or origin of  the bridge” from the thyroid gland into the bloodstream) swell and occlude, thereby blocking thyroxin from entering into the bloodstream. If we can assist in a completion of the healing phase – thyroxin levels will return to normal. Otherwise, supplementation may be needed to avoid a condition known as myxedema, which involves a swelling of the skin and tissues.

During conflict activity, the ducts will ulcerate (cell loss, cell negative) along with an elevation of “fight-or-flight” hormones. Only a slight tightness or pulling may be noticeable at this juncture.

The intelligent purpose behind this widening of the duct is to allow for greater secretion of thyroid hormone into the blood stream in order to assist the individual to gain control of the conflict.

Once the individual has come to terms with the conflict, the swelling or edema (healing always occurs in a fluid environment) will occlude the duct preventing the expression of thyroxin into the body. It is believed that the thyroid gland has become hypoactive or even non-functional – this is a misinterpretation. It is the swollen ducts that are lowering the thyroid hormone bio-availability.

If the conflict of powerlessness or danger is identified and resolved early on in the process, the outcome is quite optimistic. Sadly, without a knowledge of GNM – the majority of individuals will experience decades of relapse into conflict activity.

At the very end of the healing phase a papillary thyroid carcinoma may be diagnosed. These are also known as cold or benign nodules. Ironically, if a biopsy is performed prior to a very specific point in the healing phase (known as the epileptoid crisis) the nodules with be said to be malignant. It’s really just a timing issue.

The grading of the cancers “aggressiveness” would be dependent upon the timing of the biopsy. If the biopsy was performed early on in the resolution phase when the cells were rapidly mitosing (dividing) they would appear poorly differentiated and a grim prognosis would result. If the biopsy was done a bit later as the cellular replenishment slowed down a bit, the diagnosis would be the same – albeit a less aggressive form. Remember the ducts will ulcerate (cell loss, cell negative) during the conflict active phase and fill in or replenish with new rapidly mitosing cells upon conflict resolution. If the biopsy was performed after all cell division was complete, a benign cyst as noted above would be now diagnosed!

Migraines, btw involve conflict expressing through the thyroid duct relay and or the branchial arch relay in the frontal area of the brain. Chronic migraines are the result of a constant reactivation of these relays through what are called “tracks”.