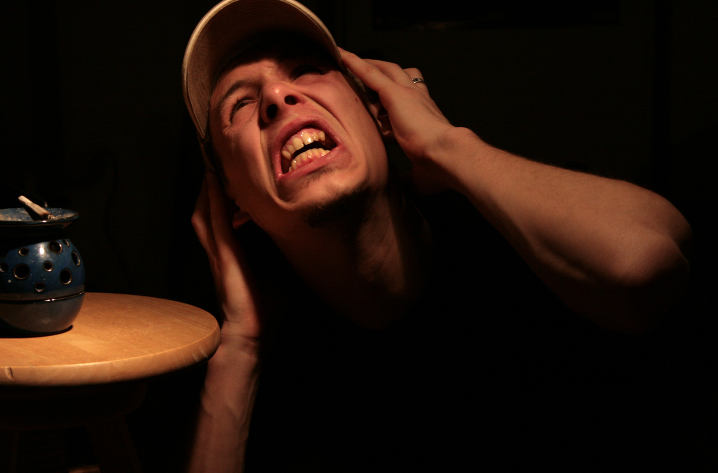 The chime of an inbox email. The ping of a text message arriving.

In a time when sounds abound, we’re on high alert for the next communique.

But what if this aural state of prairie dog hyper-alertness is doing more harm than good?

Tinnitus is a modern day malady that has gone pandemic, and for many it has become the new frustrating norm.

So debilitating can tinnitus be, that 47 year old Gaby Olthuis of the Netherlands was granted her wish for euthanasia from the Levenseindekliniek end of life clinic as she seemed to be out of treatment options and hope. Gaby’s story is quite rare and extreme. There is a better way. There are answers and solutions out there.

We’ve been told the cause is due to aging, air-borne pollutants, ear wax, trauma, infections, tmj and high blood pressure.

With remedies ranging from coenzyme Q10, goldenseal and ginkgo biloba to neti pots and ear candling, this too was my understanding until I observed that tinnitus was independent of the above.

So, if earwax, infections or high blood pressure are not to blame, then what is?

German New Medicine (GNM) provides us solid empirical research for understanding not only auditory problems, but so many others diseases as well.

GNM reveals that tinnitus is not caused by genetic weakness but rather is initiated by an emergency biological response that assists an individual during times of unexpected auditory distress.

The brain scans of clients experiencing tinnitus show without exception the emergency biological response to impact the auditory cortex in the brain.

For example, an auditory intrusion within one’s functional environment {listening for, waiting to hear} can be an emotionally distressing event. In nature, the individual needs to be on high alert for any sound indicating danger {I can’t believe I just heard that, it can’t be true what I just heard}; an emergency situation, thus an appropriate biological response is initiated.

During the conflict active phase of the former is when the tinnitus will appear.

The sound, whether it be a ringing, hissing or buzzing is dependent upon the auditory conflict content and the biological purpose is to alert and warn the individual, should that frequency of sound be present again in the environment.

Upon resolution of the auditory conflict, there may be some temporary edema in the middle ear, experienced as blocked ears, yet within minutes to hours the specific frequency of the sound you are hearing (tinnitus) will diminish and the ability to hear any lost frequencies will return.

It all about tracks! The absolute key to resolving tinnitus is the conquering of ‘tracks’ – unconscious environmental triggers that can re-open the auditory conflict, turning it into a chronic condition.

Tracks act as reminders that contribute the chronicity and recurrence of the tinnitus.

At the moment of the biological conflict-shock, the psyche is wide open and processing billions of bits of information. The subconscious and five senses take a snapshot-in-time of everything in the ‘environment of the conflict.’

These recordings are imprinted and saved within the nervous system, until the conflict is resolved. The recordings that remain are referred to as tracks.

In biological terms, this serves as a warning. Their purpose is clear. To serve as a heads-up, as the last time this particular track or trigger was in the snapshot, there was a high alert event – a conflict shock was experienced.

The stimuli that are recorded can serve to later send us back into conflict activity.
Whether the left, right or both auditory centers are affected is determined by the individuals laterality, the ear in which the information was heard or listened for as well as whether the sound “morsel” was desired or wish to be discarded.

Protocol in GNM involves a dialogue specifically directed to search the consciousness, unearth and ultimately put-to-bed the emergency biological response.

A natural healing begins in the auditory centers as the tinnitus recedes.

GNM is the new science of health based on five biological laws which explain the cause, the development, and the natural healing of disease – correctly linking our psyche, brain and organ. A complete system that is verifiable from brain scans.

This blog is an educational only blog. The information and services contained herein should not be construed as a diagnosis, treatment, prescription or cure for tinnitus. Those seeking treatment for tinnitus should consult with their physician in order to determine the proper, correct and accepted treatment protocol before using anything that is disclosed on this page. Please visit our Legal page for more information.