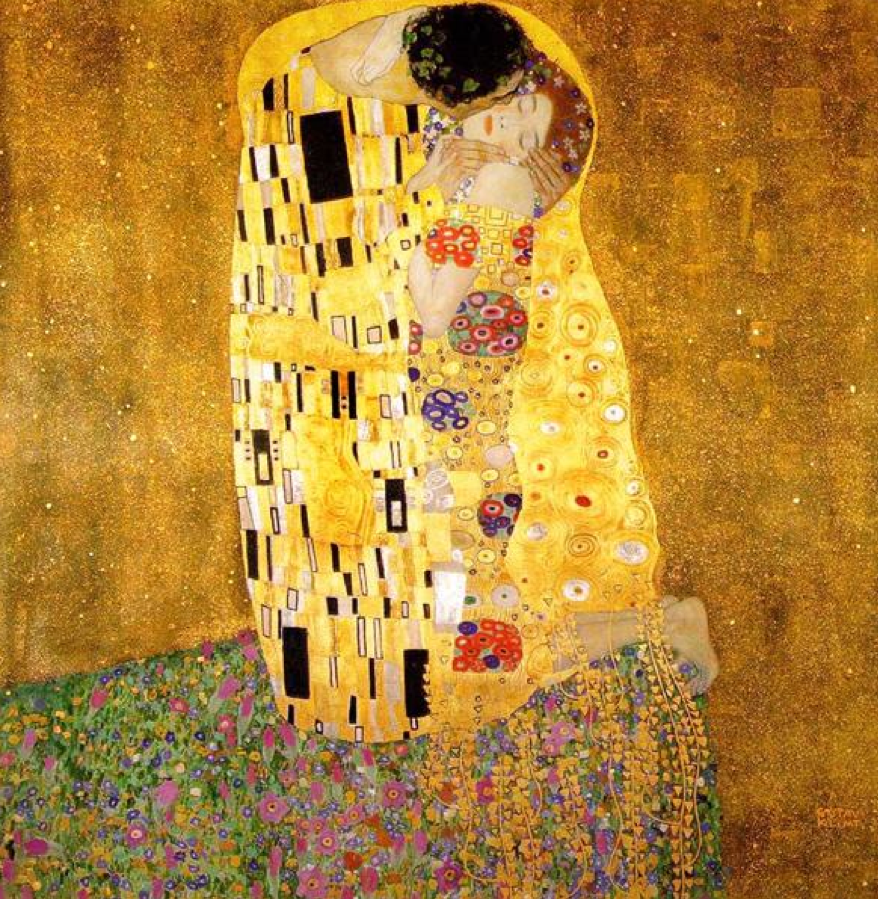 Note the flowing hair presented in gold leaf as found in The Kiss, by Austrian Symbolist painter Gustav Klimt.

There is a Dutch saying, “Ik hou zoveel van haar, daarom laat ik het groeien” – which loosely translates “I love her so much, so I grow it.”

Hair, since the beginning of time has been associated with Power (Samson.) Beauty (Roseanne Roseannadanna ;’) and Love (Brett Kissel.)

In the modern era it’s been a metaphor for politics, freedom, vitality and self-expression.

It’s been expressed in art, literature and music.

It’s much more than just the stuff that sits on top of your head, hair can be a metaphor for life, for youth, for sensuality (theguardian.com.)

Whether it be power, freedom or love – they’re oft intertwined with relationships, both romantic and platonic.

When those connections are lost – a very base response occurs. It’s subconscious. It’s Reflexive. It’s autonomic – and it’s all about that loss of connection via separation.

Last April, I was working with a 51 year old woman who’s hair began suddenly thinning and greying in her late forties.

In session, when I inquired as to what was prevalent, important, consuming in her life at the time – she immediately knew it to be related to the tragic death of her older brother.

A biological conflict of separation is a two sided coin of possibility. The most common expression is the loss of or separation from a loved one but we can also desire to separate from an unwanted relationship or touch.

The alopecia or hair loss will occur during the conflict active phase of the biological program as the epidermis microscopically ulcerates. The scalp, if the individual is paying attention may feel cold and slighty desensitized during this period and likewise hyperaesthetic (itching) upon conflict resolution.

Whether the hair thins universally or is focally lost depends upon how the subconscious perceived the separation, i.e. our unique ‘conflict’ story. The degree of hair loss will depend upon the intensity and duration of the conflict.

This particular woman shared her story in these words … “When Ian was killed, the grief permeated my being. I couldn’t shake it. The loss was everywhere.”

The psyche is so wonderfully unique in its perceptual associations. As a kid, Ian would “mess up her hair” – it was his good natured way of goofing around … brotherly affection. She associated Ian, his warmth, his love, his presence – with that single act of sibling affection.

It was as if, no matter where she looked, he wasn’t there. He was no longer available for comfort, advice, support relative to everyday mundane things.

Perhaps this universal or global (think of the head as a globe) separation explained why she had universal or global hair thinning. It wasn’t focal, it was her entire head. Perhaps a simpler way to express this was that his death “hit her from all sides.”

The greying relates to the brutality or sudden nature of the separation. For this woman the loss of her brother was not only unexpected, it was sudden and brutal (as he was shot.) The pigment loss has the biological (read that, meaningful) purpose of increasing one’s ability to feel the person that we have been separated from.

Yes, alopecia and the accepted greying can be reversed if all reminders of the conflict are made conscious.

For this dear woman, she realized Ian’s loss was something she was never truly going to bounce back from and chose to have elective hair transplantation surgery.

My personal thoughts on male pattern baldness encompass all of the above along with a collective ancestral component.