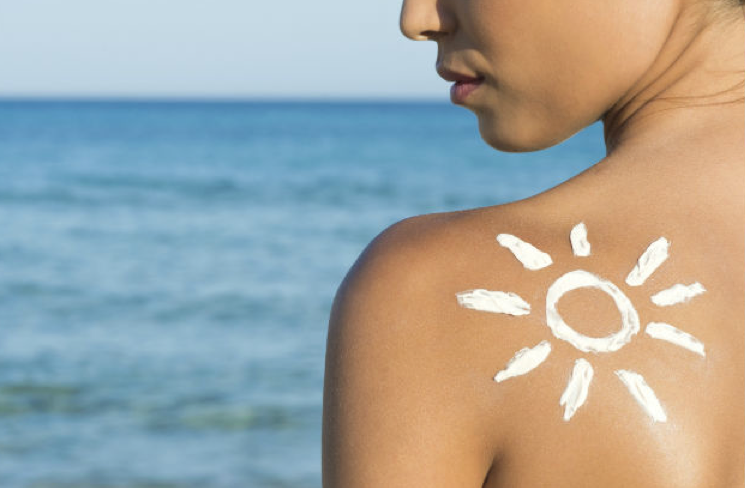 In CVS yesterday, an entire aisle was dedicated to skin cancer awareness and prevention.

Shelf after shelf of sunscreens, sun protectants and sunblocks. Umbrellas, hats and visors. Anything and everything one can imagine to cover our skin and our children skin from this scourge of the sky … that big yellow star.

We’ve been told for decades that the ozone layer is depleted and therefore mother nature’s natural protection against dangerous ultraviolet light has been diminished and that it is time to cover up, gang. So we do.

Is it even possible that that Mother Sol is not the villian we’ve been told?

Dr. Hamer’s New Medicine reveals that disease, skin cancer included, is not caused by exposure to carcinogens but rather is initiated by a biological conflict or shock that assists an individual during times of deep emotional distress.

Our skin is the largest organ protecting our very being. The biological conflict-shock associated with a malignant melanoma is an attack conflict. The attack (skin cancer) may be literal; an animal bite, an assault. It may be figurative; a verbal attack on one’s integrity. An example of a verbal attack might be a racist slur hurled one’s way, a playground taunting or a false accusation.

Feeling disfigured from a surgery or an accident as well as feeling soiled by something dirty, disgusting or revulsive may all initiate a compact melanoma.

According to Abraham Maslow, humanity’s highest priority is survival. In German New Medicine we are in complete agreement, for when an attack is perceived the body responds with cell proliferation at the sight of attack, forming a compact melanoma. The biological purpose is to provide a protective layer against another attack!

As soon as the attack conflict is resolved the cellular growth will cease. Microbes will initiate a process of deconstruction, decomposition of the melanoma as the compact cells that were produced for protection are no longer required. This is an intelligent biological process, yet it is often and sadly misinterpreted.

Ironically, due to the influence of the media, many of us are so fearful of the sun’s ‘attacking’ rays that simply experiencing a bad sunburn, can be perceived by the psyche as a bad ‘attack’ on the skin and the resultant biological/cellular response is initiated. The melanoma not caused by the sun but rather by our interpretation thereof.

Wrinkles, well that’s another story. If you want to avoid wrinkles, grab the hats and visors and cover up gang!