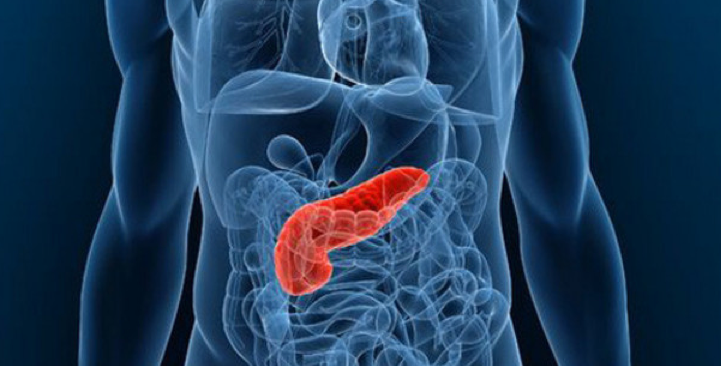 I’m a Mac. Always have been. Steve Jobs sadly passed away from one of the more rare forms of pancreatic cancer (neuroendocrine) that arises only in perhaps five percent of cases.

Before we delve there, let’s chat about the more common form, an adenocarcinoma – which arises in the pancreas parenchymal cells and reflects a biological conflict of an indigestible anger over a ‘morsel’ that one could not fully digest.

This is a slightly different conflict than when the pancreatic ducts are involved. An indigestible anger is not a fleeting feeling, like a reflexive road rage. This type of anger is, as mentioned, ‘indigestible’ – where one feels as if one can’t break the morsel down, can’t digest the morsel, can’t accept it or get over it.

This is not a territorial anger, rather it often relates to an inheritance, money, a hierarchal job position, etc.

We’ve discussed morsels before. In the animal kingdom, a ‘morsel’ is literal – a bone that gets lodged in an animals intestine. In our realm, it is more often figurative – a situation, scenario, event, occurrence, relationship, person or job that we cannot fully accept or move on from.

An example – you are working on a project with your company which will ensure your climb up the corporate ladder; the idea, the very conception of the project came from you. You allocate the work details of your vision. When the project is nearing completion, out-of-the-blue a rival coworker starts dropping hints around the office that the idea was his (the indigestible anger morsel), that it was his conception. This eats at you but you do not say anything for fear of being viewed in a negative, non-team player light. The weeks go by and it’s just ‘stuck in your craw’ as you are living it everyday.

It fits the criteria of a DHS (a biological conflict shock). It was unexpected and caught us by surprise. It was an experience lived in isolation – we don’t talk about it, we don’t show our feelings. We think about it compulsively. We cannot live with it, cannot accept it, it’s truly problematic for us and for a period of time there is no solution – truly a Catch-22. We all experience trauma, shocks and problematic events, but in order to qualify as a biological conflict and therefore alter us on a cellular level the event must meet these specific criteria.

As the project is finally unveiled – your boss stands up at the presentation explaining in depth how he came about the idea, how he executed it, etc. This obviously doesn’t sit well with you – in fact it just sits there in the pit of your ‘stomach’ – something you never truly came to terms with. But you must – please read on.

During conflict activity cell augmentation initiates creating a secretory growth. Its meaningful purpose – to produce an abundance of pancreatic enzymes in order to accept, digest or come to terms with the indigestible anger ‘morsel.’

Once the individual comes to terms with the conflict and becomes conscious of all potential tracks – the cell augmentation stops. The mass will either remain dormant and encaspulate or degrade with the help of TB mycobacteria (pancreatic cancer ), in such case night sweats will be experienced in the early morning hours, leaving caverns where the growth once was.

In the case of pancreatic insufficiency – supplemental enzymes may be indicated and are beneficial.

Steve Jobs case involved a biological program of the islet, not parenchymal cells. This is the far less common neuroendocrine pancreatic cancer.

The islet cells of the pancreas produce a variety of hormones that regulate a several bodily functions. These include blood sugar levels (insulinomas, glucagonomas) as well as the production of stomach acid (gastrinomas.)

Once again, the biological conflict is one of an indigestible anger over a ‘morsel’ that one could not fully digest. The emergency adaptation response or program is essentially the same.

It is vital to understand the role that fear and panic plays in biological programs such as these. When our existence is threatened by a cancer diagnosis one will all too frequently go down a slippery slope of absolute terror – the kidney collecting tubules may initiate and compromise the outcome.

It’s vital to keep panic to a minimum. The best way, really the only way to accomplish this is by understanding the biological purpose or meaning of these very programs. By having an understanding as to what one can expect as the program unfolds is so important to ‘keep our cool.’ Dr. Hamer has given us the research so we can reframe our thinking to see disease for what it is – an essential biological special program, an emergency cellular adaptation response – not to be dreaded but rather, understood and navigated in a new light. It is huge to understand this. Once we do, fear and panic will recede.

This blog is an educational only blog. The information and services contained herein should not be construed as a diagnosis, treatment, prescription or cure for disease.Those seeking treatment for a specific disease should consult with their physician in order to determine the proper, correct and accepted treatment protocol before using anything that is disclosed on this page. The above referenced material reflects Dr. Neal Smookler’s individually held sincere belief regarding German New Medicine. Members, of course may believe about GNM as they wish; they need not believe as Neal does to receive wonderful benefits. Please visit our Legal page for more information.