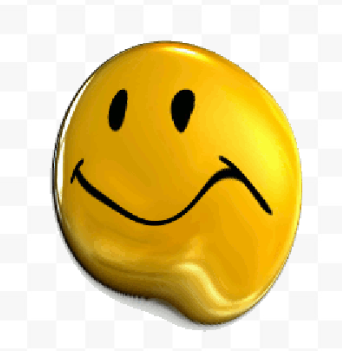 According to German New Medicine, Bell’s Palsy ( Facial Paralysis ) is a biological conflict of ‘losing face’, an insult, an embarrassment, a humiliation, a ridicule, being showed up, being exposed, being put in one’s place, losing one’s status … feeling like you lost face, lost credibility.

A viral (varicella zoster, epstein barr) infection of the facial nerve (cranial nerve #7) is believed to be the causative agent. I say believed as many individuals who have experienced Bell’s Palsy show no evidence of the virus.

The facial paralysis occurs during the conflict active phase. At the peak of resolution, twitching may appear as the facial muscles return to normal. The side of expression is determined by the individual’s biological laterality relative to mother-child or partner. A left sided paralysis in a right handed individual will indicate the biological conflict was relative to mother or child.

I was recently working with a client, whom as they were sitting in my reception area I noticed was wearing their sunglasses and hat which I thought was a bit peculiar. I also noticed they were shying away from others and keeping to himself.

As I went to greet him I noticed a pronounced facial droop on the right side and to a lesser degree on the left. I thought perhaps he had a stroke, but as we began to chat it became clear this was a unique manifestation of Bell’s palsy.

This client is a contractor by trade and he had placed a bid on a very prominent job prospect. This was a job that he desperately wanted and was up against several other competitive bids. The prior Monday he learned that he won the bid.

When he went home that evening and shared the news with his wife (an alcoholic), much to his surprise she had been drinking and ripped into him, questioning his ability to handle that magnitude of a project.

He was expecting his wife to be joyful and happy for him but instead she just went off on him, critiquing him, telling him he would never be able to complete this magnitude of a project, that he never should have placed a bid and would ultimately let everybody down. All this in front of his three kids.

He was utterly stunned, confused and depressed by her response. He was humiliated. This was his biological shock. A few hours later his wife apologized for doubting his capabilities.

He had difficulty sleeping that night, not only from the days events but because he was noticing that his right eye was dry and stinging. His facial droop was evident the next morning, predominantly on the right (partner side) but the left side had been slightly affected as well (child side.) One eye remained open and was constantly tearing, his speech affected. The main biological shock for him was relative to his wife (partner) but because the kids were present, the left side was also affected, albeit to a much milder degree. Because of this double impact, which is quite rare – his dentures no longer fit snuggly.

The symptoms of Bell’s Palsy occur at the EC (Epileptic Crisis) part of the resolution phase.