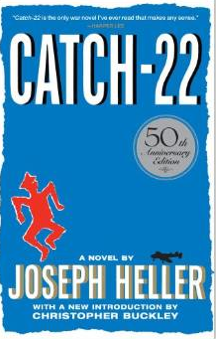 1. a frustrating situation in which one is trapped by contradictory regulations or conditions.

2. any illogical or paradoxical problem or situation; dilemma.

3. a condition preventing the resolution of a problem or situation; catch.

German New Medicine is often lumped into the generic mind-body blah, blah, blah. The New Medicine is not about your thoughts creating a cancer or this-and-that disease. It is not an approach negativism that your “stinkin’ thinkin’ must have created this or that. This is different. The New Medicine reveals that disease is not caused by malfunctions but rather a biological conflict initiates an emergency cellular adaptation response that assists an individual during times of stunning emotional distress. In German New Medicine, the use of the term conflict is very different from that of its use in psychology. In German New Medicine, a biological conflict is a consciousness “catch-22.” A trauma, difficulty, dilemma or conundrum which the individual must overcome in order to insure it’s biological integrity or survival.* The “catch-22″ lies in the reality that the biological conflict cannot, at least at that moment in time be resolved. A stalemate of sorts ensues, but like any good stalemate something has to give, so nature intercedes to take the ‘weight’ of the distress off of the psyche and shift it to the body (organ). The ‘weight’ is translated into a compensatory special biological program that manifests on the cellular level – that the body is able to run or process over time. This is nature’s way of satisfying Abraham Maslow’s need for self preservation as the translation from the consciousness to the body (organ) buys time for the possibility of a conflict resolution. It enables the organism to remain highly functional during even the most difficult of times. What standard medicine calls disease, is, upon a slight movement of the kaleidoscope a meaningful adaptive program created to assist us in resolving a difficult biological “catch-22.” The special biological program and the accompanying emergency adaptation response is what we commonly understand as disease.