Acne and the hierarchical totem pole. 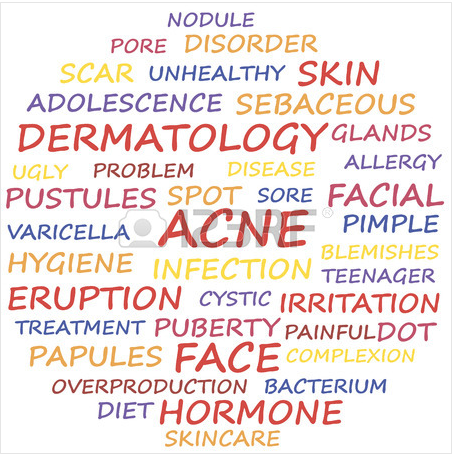 Acne can occur at any age but is most prevalent in adolescence as that age group are lower on the hierarchy of societal power, making them more susceptible to figurative attacks.

As acne affects the deeper dermis layer of the skin we need to look for a biological conflict of an “attack on one’s integrity” with or without a component of feeling dirty or soiled.

The biological or meaningful purpose of the program is to increase the protective layer of the skin in order to prepare for a similar attack conflict in the future. Most often the location of the acne will be directly related to where the attack was perceived by the consciousness.

As a German New Medicine practitioner, I was recently discussing with a client the origin of a very large pimple (almost boil like in nature) proudly displaying itself on his chin. He explained to me a few days prior he got into a face-to-face verbal altercation with a coworker and the insults (a figurative attack conflict) as well as saliva (a soiling conflict) were literally flying.

He mentioned that not only was he verbally abused face-to-face in close proximity with a coworker but also felt soiled as the saliva was spraying onto his chin. He explained to me that as calmer heads prevailed, his cowoker came to him a few minutes later to apologize (his conflict resolution.) The very next day he noticed a deep boil like pimple on his chin – this was the healing phase of the attack against his integrity.

The attack may be literal, an animal bite, e.g. It may be figurative – e.g. a verbal attack on one’s integrity, which reflects in the deeper corium skin. Another example of a verbal attack might be a racism slur hurled one’s way, a playground taunting or a false accusation. According to Abraham Maslow, humanity’s highest priority is survival.

In German New Medicine we are in complete agreement, for when an attack is perceived the body responds with cell proliferation at the sight of attack – the biological purpose is to provide a protective layer against another attack. As soon as the attack conflict is resolved the cellular growth will cease. Bacteria and microbes will initiate a process of deconstruction, decomposition of the accumulated cells that were produced for protection as they are no longer required. It is during the healing phase that the symptoms of swelling, redness, inflammation and plus, i.e. a pimple, become evident.

Common topical treatments designed to reign in on the healing phase include benzoyl peroxide and salicylic acid.

Acne and the hierarchical totem pole.

2 thoughts on “Acne and the hierarchical totem pole.”