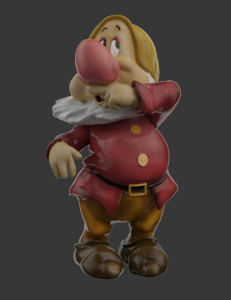 As a German New Medicine Practitioner or Therapist when one experiences a situation that ‘stinks’- one may experience it as a biological conflict of the nasal sinuses.

German New Medicine reveals that a sneeze will occur when a biological conflict of this ‘stinks’ initiates an emergency adaptation response that gets resolved.

The conflict may be literal or figurative. Literal – you smelled something unpleasant or even nasty. Figurative – something someone said or did that stunk (this is lousy.)

The “Catch-22” lies in the reality that the biological conflict cannot, at least at that moment in time be resolved. A stalemate of sorts ensues, but like any good stalemate something has to give, so nature intercedes to take the ‘weight’ of the distress off of the psyche and shift it to the body (organ).

The ‘weight’ is translated into a compensatory emergency biological program that expresses on the cellular level that the body is able to run or process over time. In this case, ulceration (no pain or symptoms) or cell loss of the nasal mucosa ensues in order to enlarge the nasal cavity to enhance one’s sense of smell.

This is the biological purpose at play. It may at times be so one can sniff out one’s enemy or even a separation that involves losing the scent of a loved one. What standard medicine calls a sneeze, is the resolution of this meaningful nasal program.

At the peak of the conflict resolution, known as the Epi-Crisis (EC) is when the sneeze will occur bringing a cleansing and soothing mucus to the ulcerations that occurred during the conflict active phase of the biological program.

If and when the individual can resolve the conflict and address all tracks, all sneezing will cease. In a future blog, we’ll take a closer look at Dopey and Grumpy. ;’)

Sneezy, the most biologically conflicted of the Seven Dwarfs

2 thoughts on “Sneezy, the most biologically conflicted of the Seven Dwarfs”