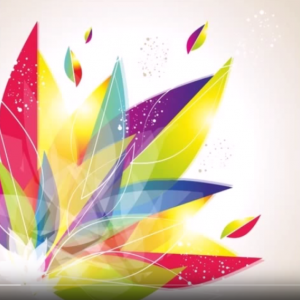 German New Medicine represents a change in our understanding of what we commonly call disease. It reveals that illness is not caused by malfunctions but rather is initiated by a Biological Conflict or shock that assists an individual during times of unexpected emotional distress. A biological conflict and program unfolds that expresses a true Rhyme and Reason.

Whenever a living organism experiences an unexpected, highly acute trauma, one that is too overwhelming to process (that’s key) – nature intercedes to take the ‘weight’ of the distress off of the psyche and shift it to the body (organ). The ‘weight’ is translated into a compensatory special biological program that manifests on the organ level (an adaptation response) that the body is able to run or process over time. This is Mother Nature, in her utter brilliance – protecting her creation.

In German New Medicine all biological conflicts must register on all three levels. Consciousness | Brain | Body.

Biological conflicts may or territorial (nest) in nature.

The biological conflict associated with glandular breast cancer, e.g. is a territorial ‘nest-worry’ regarding a nest or family member. If the conflict is too distressing to process, e.g. the shock of one’s child critically injured and in the hospital, the weight of the distress is taken off of the psyche and shifted to the breast. A proliferation of glandular breast cells will begin, serving the biological Rhyme and Reason of increasing glandular tissue in order to produce more milk, i.e. nutrition for the nest member in need. This is a special adaptation program in play reflective of the very specific biological conflict associated with the breast, nourishment.

The biological conflict associated with a malignant melanoma is an attack conflict, e.g. a verbal attack on one’s integrity, which reflect in the deeper dermal skin. Once again, if the biological conflict is too overwhelming to process the weight of the distress is taken off of the psyche and shifted to the dermis. The body responds with cell proliferation at the sight of attack, forming a compact melanoma. The biological Rhyme and Reason is to provide a protective layer against another attack. A biological conflict of feeling soiled by something dirty, disgusting or revulsive also reflects in the corium skin; shingles and athletes foot come to mind.

The biological conflict associated with eczema is a separation, e.g., wishing to be separated or wishing to be reunited. It’s main focus is on touch. As we enter the conflict active phase, it is the epidermis that is affected, although no ulcers will be visible, there will be some sensory loss and potentially some memory loss. The biological Rhyme and Reason may be found in the conflict active phase as the sensory loss serves as a protection mechanism against further separation traumas.

Biological conflicts may be procreative in nature, e.g., prostate enlargement.

Technically, Dr. Hamer calls this an ugly genital conflict. I know, I know – not very helpful. Ugly refers to the conflict being nasty while genital refers to procreation. Oft times in centers around a betrayal. For example an older man is rejected, betrayed by a younger woman for a more virile partner | A messy (ugly) divorce, e.g. where his children are taken from him | A father loses his job and can no longer provide for his children | A man finds out he will never have children or grandchildren. There can also be a sense of emasculation, not necessarily sexual but rather manliness, machismo. The prostate will enlarge in order to produce more seminal fluid, as its about procreation. With the prostate program, the biological Rhyme and Reason is brought to light when the specific prostate conflict theme is understood; procreation. During conflict activity, the prostate will enlarge in order to produce more prostate secretion – all to express virility – as this is all about procreation.

Biological conflicts may express a concept of control.

Hypothyroidism occurs when the efferent or outgoing thyroid ducts swell and occlude, thereby blocking thyroxin from entering into the bloodstream. Relative to the thyroid ducts, the biological conflict is about powerlessness, helplessness (I have no control) – if one’s is laterality is right. If one’s laterality is left, the biological conflict is about heading into danger or a perceived dangerous situation. During conflict activity, the ducts will ulcerate (cell loss, cell negative) along with an elevation of “fight-or-flight” hormones. The biological Rhyme and Reason behind this widening of the duct is to allow for greater secretion of thyroid hormone into the blood stream in order to assist the individual to gain control of the conflict.

Biological conflicts may be visual in nature.

Through Dr. Hamer’s brilliant research we now understand that cataracts are the healing phase expression of a severe visual separation from a loved one, no longer having someone in sight. , During conflict activity, microscopic ulcerations appear in the lens. Upon resolution of the conflict is when a build up of, among other things, protein occurs – causing the familiar opaqueness in the once clear lens. Blurring, opacities, double vision may all occur – even total blindness., How could such a devastating disease have a Rhyme or Reason? That can only be understood in the context of biology and evolution. The Biological Rhyme and Reason for the microscopic ulcerations that occur during conflict activity is to sharpen, to heighten our vision in order to assist us so we don’t “lose sight” of our loved one.

Biological conflicts may reflect a feeling of starvation.

It’s about the morsels that sustains us – nutritionally, financially, emotionally and spiritually. Among many, one of the liver’s function is to produce bile that ultimately assists with the breakdown and absorption of fats and foodstuffs. This biological Rhyme and Reason is important as this “absorptive” quality is evident in the conflict active phase where an augmentation of liver cells or hepatocytes serves to improve the absorptive capacity of the liver – so the ‘morsel’ can be optimally utilized to best deal with the paucity of the conflict’s nature – famine (literal and symbolic.)

Biological conflicts may be about survival.

Looking at an adenocarcinoma of the lung – we find the biological conflict centers around a “death fright.” From a biological perspective, a death fright is equated with being unable to breathe, GASP. Automatically, the alveolar cells of the lung (air sacs) which regulate breathing, begin to proliferate forming what medicine calls a tumor. The biological Rhyme and Reason of the additional cells (tumor) serves to increase the available alveolar surface area, lung capacity in order to extract more oxygen to assist the individual through the death fright conflict-shock, thereby optimizing the individuals chance of survival.

Biological conflicts may be auditory in nature.

The brain scans of clients experiencing tinnitus show without exception the emergency biological response to impact the auditory cortex in the brain. For example, an auditory intrusion within one’s functional environment (listening for, waiting to hear) can be an emotionally distressing event. In nature, the individual needs to be on high alert for any sound indicating danger (I can’t believe I just heard that, it can’t be true what I just heard) – an emergency situation, thus an appropriate biological response is initiated. During the conflict active phase of the former is when the tinnitus will appear. The sound, whether it be a ringing, hissing or buzzing is dependent upon the auditory conflict content and the biological Rhyme and Reason is to alert and warn the individual, should that frequency of sound be present again in the environment.

All biological conflicts and their associated Special Programs have Rhyme and Reason that express either in the conflict active or healing phase.

There is no Rhyme nor Reason for this blogs feature picture – I just thought it was cool.

The above referenced material reflects Dr. Neal Smookler’s individually held sincere belief regarding GNM. Association members, of course may believe about GNM as they wish; they need not believe as Neal does to receive wonderful benefits. This German New Medicine blog is an educational only blog. The information and services contained herein should not be construed as a diagnosis, treatment, prescription or cure for disease. Those seeking treatment for a specific disease should consult with their physician in order to determine the proper, correct and accepted treatment protocol before using anything that is disclosed on this page. Please visit our Legal page for more information.