A Spoonful of Sugar. 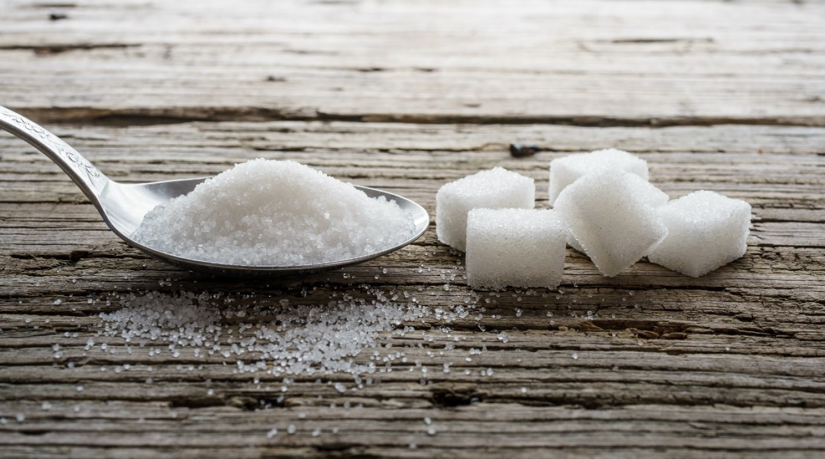 In the 1964 American musical fantasy – Mary Poppins, A Spoonful of Sugar, sung by Mary instructs her children, Jane and Michael to clean their room. But even though the task is daunting, with a good attitude, it can still be fun.

A bit more twisted take, in the TV show How I Met Your Mother, in the episode “Last Words”, the character Robin Scherbatsky implies to her friend, Ted Mosby, that it’s naive and childish to believe that what the kids were given with their medicine truly was sugar, rather implying that what the children were actually given with their medicine was (crack) cocaine, referencing the fact that the kids, at one point in the movie, attempted to jump into paintings with Poppins. (Wikipedia)

All parody aside, the topic of sugar, diet and cancer is a serious one. In practice, I am often told by clients how trying, is the restrictive diet that have been placed upon by their doctor, acupuncturist, nutritionist et al.

They have been told that sugar fuels cancer, a clean diet cures cancer, a detoxified body heals. The apothegms go on and on. Let’s take a look at where these ideas come from.

The misconception may be based in part on a misunderstanding of positron emission tomography (PET) scans, which use a small amount of radioactive tracer, typically a form of glucose. All tissues in your body absorb some of this tracer, but tissues that are using more energy, including cancer cells, absorb greater amounts. For this reason, some people have concluded that cancer cells grow faster on sugar. But this isn’t true. Mayo Clinic.

“There is no conclusive research on human subjects to prove that sugar makes cancerous cells grow and metastasize. Avoiding foods with processed sugar is a good idea in general, but eliminating foods with natural sugar won’t stop cancer cells from dividing.” Cancer Treatment Centers of America.

“Over the past few years, there have been reports, e-mails and websites that say eating sugar feeds cancer or that sugar makes cancer grow faster. All cells in your body consume sugar as they grow and divide, but eating sugar does not make cancer cells grow faster.” Canadian Cancer Society

“While it is true that some cancers avidly take up glucose (and thus can be visualized with a PET scan using radioactive glucose), it is not true that changing one’s diet by cutting out sugar will prevent cancer cells from obtaining glucose. Your body has this interesting fail-safe system that never lets your blood glucose level drift below a certain number. Our bodies vigilantly monitor and correct the levels of glucose in the blood, maintaining them within a very narrow range, more or less regardless of diet. Everything about your biology has been naturally selected for at least 600 million years to make sure that no matter what you eat, you keep enough glucose in your system and don’t become deficient. So it’s very hard to affect the system by changing your diet. Memorial Sloan Kettering Cancer Center.

The First Biological Law of German New Medicine (the iron rule of cancer) states that it is a biological conflict that is the precursor to a cancer initiating. The Why’s.

The Second Biological Law explains whether the cancer develops during the conflict active or conflict resolution phase. The When’s.

Can you see where this is going?

The catalyst for a cancer, any cancer is not nutrition related. A rationing of carbohydrates (sugar) will not prevent us from living life and therefore experiencing biological conflicts.

The unfoldment for a cancer, any cancer is not nutrition related. A rationing of carbohydrates from our diet will not alter the course of The Second Biological Law.

Finally, any exacerbation or fueling of a cancer is likewise not nutrition related. A rationing of carbohydrates will not diminish conflict activity.

So how can tumor growth that slows or stops after making dietary changes be explained?

If an individual has success slowing down a cancerous mass by eliminating sugar or other dietary factors – then it is clear a “track” to the biological program has been turned off. (See following link. Scroll down to comment #20.)

Nutrition, of course is relevant when it is looked at within the context of these biological programs.

There is often weight loss during conflict activity due to the sympathetic stress the organism is undergoing. It would be foolish to ‘starve’ the body during that time.

There is often weight loss during some healing phases that require greater nutrition, specifically protein. It would be foolish to ‘starve’ the body during that time.

Vitamin C is an apropos example. High doses of Vitamin C, a common practice among natural practitioners is contraindicated during some conflict active phases. Vitamin C stimulates the sympathetic nervous system, thereby stimulating the conflict active phase and actually deepening it. If an individual is in an active Kidney Collecting Tubule Conflict – The Vitamin C would worsen any fluid buildup. We have to work with these biological programs, not counter to.

I was recently in session with a client who shared with me that her naturopath instructed her to eliminate all sugar from her diet as it would slow down the inevitable (Oy!) metastasis that she should expect. (Double Oy!) This poor woman, already punched in the gut from the diagnosis was now dealing with the terror of metastasis every time she brought the fork to her mouth. For this woman, her starvation conflict was not the restrictive diet but rather the nuance that metastasis would occur if she ate just about anything with carbohydrates. She was frozen, a deer-in-the-headlights relative to food. See the difference in the ‘flavor‘ of the conflict?

Dr. Hamer does not dispute the existence of secondary and tertiary cancers – but the notion of metastasis from a primary site becomes a questionable fairytale in light of the second and third biological law of German New Medicine. More accurate is that metastases are the result of concurrent biological conflicts, related to one life event, resolving in symphony.

A Spoonful of Sugar